I’ve been very quiet lately and it’s because of my guilty pleasure- I’ve been spending a lot of time over the past few weeks just hanging out with my hubby Colly ( We’re almost a year married now so still in the honeymoon period!) We’re not being productive in any way or getting things ticked off our growing to do list around the hourse, we’re just being ourselves and being together and being happy!

This fact – that I can be myself, be with Colly and be happy, is something that I don’t take for granted. It’s something I’ve learnt, honour and respect.

In previous relationships, I was who I thought my partner wanted me to be and I wasn’t even aware that I was adapting my behaviour to suit him. We would be watching a movie at home or at the cinema and I would keep glancing at his face to see whether he was enjoying it or not. If I had picked the movie and I could see from his facial expressions that he thought it was lousy, it would seriously take away from my enjoyment of the film.

This was all good and fine and I’m not for a moment saying that it’s wrong to embrace your partner’s interests but what happened was that after 6 years o doing this, I had morphed into a different person, a watered down version of myself. Then, the relationship ended, after 6 years , I got dumped. By text! (Classy!)

Of course there was heart break and sadness and anger and all of those emotions initally but they weren’t a patch on ‘losing myself’. During the course of those 6 years, I had lost myself in the relationship or to the relationship. I had defined myself by it and by what we did together. Without that, I wasn’t sure who I was!

I don’t mean for that to sound as dramatic as it does, what I mean is that I really didn’t know what my own interests were, what I enjoyed doing, who I enjoyed spending time with, what I wanted for my future. I actually decided to start smoking again, an actual conscious decision because that’s what I did before that relationship! I had been a smoker! I was trying to find anything that would give me that sense of security within myself. Anything I could cling to that I could say ‘I am a ……..’

Just to top it all off as well, I was made redundant within a month of the relationship ending and then shortly after that my sister and I were told that we had to sell our home! So needless to say, I wasn’t in the best space!

I was absolutely broke in every sense of the word but with my redundancy cash, I invested in a life coaching course- for me. For a solid year, I worked so hard getting to know myself. It was difficult and uncomfortable at times but I got me back! I got a new zest of life and I was so happy being me again!

I decided that I wanted to date, just to meet new people and have some fun so the summer of 2010, I joined an online dating site and met loads of people over a few months! I think I went on a coffee date with about 15 different guys! Initially I was terrified, it wasn’t ‘like me’ to do something like that but then I started having fun and met some lovely people (yes, I met a few crazies as well but I was always careful, never gave out my number, met in public places and never drank alcohol).

Then I met Colly on a Wednesday morning at 11am in a small little coffee shop called the Cheese Pantry in Drumcondra (pavlova there is yummy!) and we talked for hours and after a few weeks, started to ‘officially’ date. I liked him and it scared the life out of me! I resisted so much because I was afraid of being hurt but most of all, I was afraid of forgetting all I had learnt. I was afraid I’d go back to my old ‘people pleaser’ ways! The question that I had to find the answer to was ‘how to be in a relationship and not lose myself?’ How to be part of a we without losing me?

My goal was to be close in the relationship but still maintain my own identity so I went out and found people who I thought had great relationships and I asked for their advice! Here are some of their strategies!

Top 5 tips for a great relationship without losing yourself

Spend time with your friends.

It’s great when your partner and your friends get along, but your friends don’t want your other half all the time! The time spent with your friends is different when your boyfriend is there and it’s important that you still have your girls’ nights out, weekends away and giggles!

Identify the hobbies and interests that you don’t share

You and your partner aren’t going to share the same interests so it’s important to identify the things you don’t have in common and to continue doing it. If you love dancing but your partner has two left feet and would rather get a root canal done than go to a club, do not let that stop you. If he wants to go to support his team at an away game, you don’t need to tag along! Support each other’s interests.

Speak up for yourself.

While committing to someone is a lovely thing, giving up your needs for that person absolutely isn’t. Never compromise or undermine your own desires just because you’re scared that you’ll lose him if you need something different. A healthy respectful relationship makes room for what both of you need, and your partner can’t know what you need if you don’t tell him directly (he’s not psychic!). If he walks away when you do make your needs known, that is a good thing. Trust me, better that than losing yourself to someone unwilling to listen to you and respect your feelings.

Being in a relationship doesn’t mean that you’re off the hook when it comes to managing yourself and your own life. It’s easy to look to your partner to protect you from the big bad world when everything makes you want to crawl under the duvet and hide, but continue to fight your own battles. When you have a bad day and want to talk, it’s nice to have someone who wants to comfort you, but make it clear that you don’t want your partner to ‘fix’ anything!

Never hold back in your own life

Don’t resist further education, making more money, success or a promotion because of your partner. You should never need to boost his ego or spare his feelings by playing small in your own life. Someone who truly loves you and who is worth loving is secure enough to cheer you on.

So, 4 years on, 3.5 years living together, marriage, house buying and dog raising- I can happily say these tips work! Woohoo! 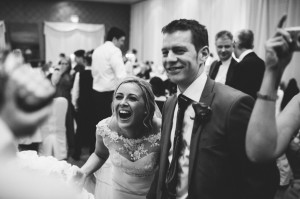 I hope you enjoyed this issue of Progress, that you got something valuable from it and could relate!

Until next week, be yourself, be together and be happy!