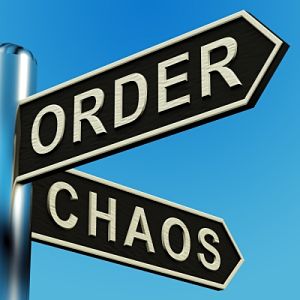 ‘Stop waiting to be rescued’

Things had been a bit crappy- I’d lost someone I was really close to, I had to press pause on my business for a few week to grieve, I’d stopped going to yoga and was eating crap which resulted in a bad sleeping pattern, no energy, money worries and a tense body! I had gotten myself into one of those negativity spirals– I know you know what it’s like! When you know you need to get it together and take back control but it feels like sooooo much effort and you just don’t know where to start- so you don’t do anything!

Well, when my eyes lingered over the words ‘stop waiting to be rescued’ in my journal, it shocked me because it was true – I actually was waiting to be rescued (Again!) I wanted someone or something to come and make everything better. I was prepared to hand over my own personal power and responsibility and I longed for someone else to take control and tell me what to do (and probably do it for me!)

I was waiting for something that I knew would never happen.

I used to get caught up in ‘rescue fantasies’ all the time! Maybe it was because of all the Disney movies and fairytales I was told as a child but I really bought into it! Wishing and hoping that somehow, someway things would sort themselves out! Maybe I’d win the lotto, maybe I’d get headhunted, maybe my dream job would just land in my life, I’d be looked after and taken care of and I wouldn’t have to worry, maybe I’d win a house and a car! This was a major theme of my late teens and early twenties! It took me a long time to realise that supergirl was busy and that no one was coming to my rescue and that was absolutely fantastic!

Why was it absolutely fantastic?

Because it meant I could stop waiting and start getting on with my life and that is what I did! (Until a few weeks ago hence my surprise!)

It was interesting because these feelings of wanting to be rescued had crept back in and I hadn’t noticed but as soon as I did, I knew what to do – I had to become my own supergirl. I had to be my own fairy godmother! (Again!) 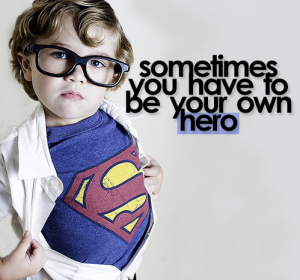 Playing the waiting game is boring, it’s really boring. There is nothing to do except wait for something to happen and hope things will work out. Screw that! Stop waiting and decide what it is you want for you. Then, move to step 2.

Step 2: Be Brave and Take Action

Yes, it can be scary when you realise that you’re going to be the one who is going to have to make your desires come true. It is all down to you, no one else, just you. It takes a lot of courage and bravery to step up to that and commit to being your own hero. But you have it within you. Think of times before that you have made something happen for yourself and keep a record of it! Start with taking small steps towards what you want for you and that will help you build momentum to keep going.

Step 3: Sweep yourself off your feet!

This is my favourite step! A loving gesture from you to you because you are amazing and deserve it! What would you do to sweep yourself off your feet? Buy yourself some flowers? Book a massage? Book a weekend away? Get into the habit of doing something like this for yourself on a regular basis!

So, how bout you? Do you ever catch yourself waiting to be rescued? Do you need to become your own fairy godmother?

I designed the Fairy Godmother programme because of this, to help teach the skills, tools and strategies that we need to be able to step up and be the hero in our own life! If this resonates with you, then I would love if you would trust yourself and go for it!

If you’re willing to invest in you and your life, then I want to support that and invest in you too! Click this link to the Fairy Godmother Programme and at the bottom of the page is it says ‘Let’s Make Magic’ – under that is the link to my gift for you!

25% off the entire ’30 Days to Be your Own Fairy Godmother’ programme.

Hopefully I’ll see you there and until then,

Sweep yourself off your feet!