Happy Thursday! I hope you’re having a fantastic week so far!

Today, I want to talk to you about the importance of knowing what you don’t want. Of getting so crystal clear on what you hate, detest, despise that your spidey senses tingle when it even comes close.

Yep, it’s an odd tactic and an odd topic but I guarantee you that this one exercise will bring you enormous clarity. Most of the time, when we’re feeling stuck in a particular area of life; we can’t see the wood for the tress. We just have this brain fog and we’re not even sure what it is we want. Also, a lot of the time we don’t allow ourselves to want what we want because we’re afraid we’ll just end up disappointed, so we stay stuck. 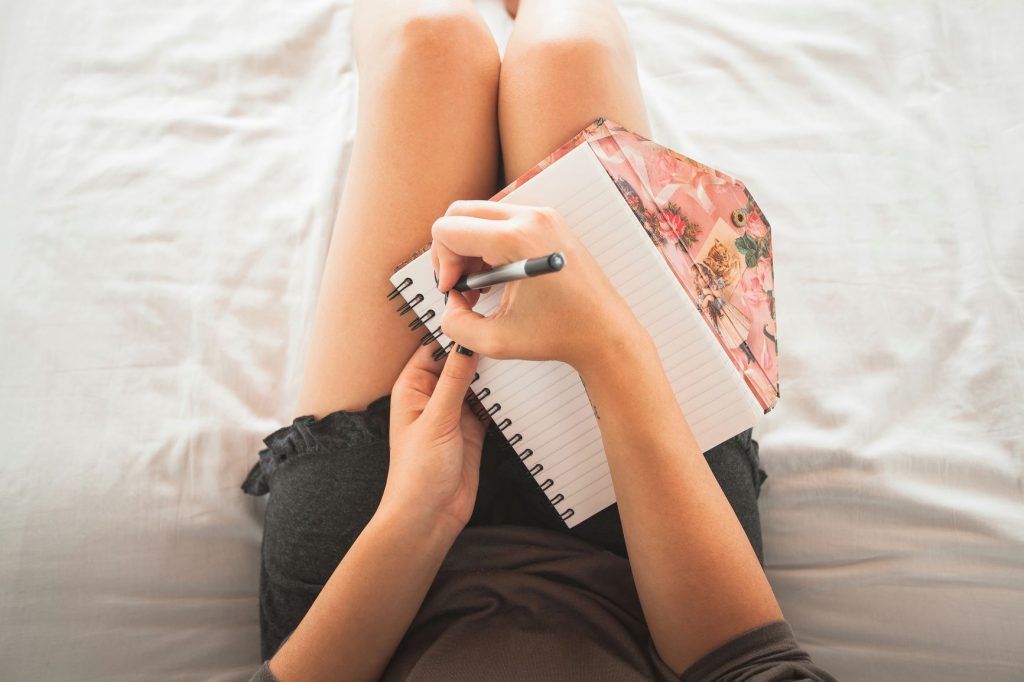 So, we’re stuck in this rut and we’re trying not to think about how crap it is and how much we hate it- you know all that positive thinking stuff! But at the same time, we’re not coming up with the next steps or clarity we need to progress. Enter getting crystal clear on what you don’t want.

This is called Clarity Through Contrast and it’s incredibly effective!

I want you to get a piece of paper, yes, right now and draw a line down the centre. On the top of the page write the topic- so this could be ‘Love life‘ or ‘Health’ or ‘Career‘ or ‘Money’– you get the jist! At the top of the left had column write ‘I don’t want‘ or ‘I fucking hate‘ whichever feels more you! Then set a timer for 5-10 minutes and write down everything that pops into your head.

So you just go on and on as much as you can free writing and getting all this crap out of your head. Getting clear on all the things that you really don’t want. This is your contrast and from here……….. you get clarity.

At the top of the right hand side, in the other column write ‘I want…’ and then flip over each statement so it might look like this.

It’s a simple exercise, a simple shift and a simple turnaround to help you get out of a rut and get some clarity on what your true desires are. From there then, you must act.

It’s the little things that can make the biggest difference so do this exercise for yourself today and let me know how you get on! 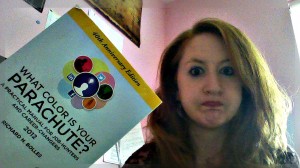 Saorla O’Dowd is a 23-year old aspiring writer who has just graduated from Trinity College with a BA in English Literature and Drama Studies. Part-time popcorn scooper and full-time procrastinator, she enjoys fanfiction, Feminism and finding time for alliteration. She also hopes to one day receive her Hogwarts letter, as it has clearly been lost in the post.

I was never really a fan of geology. Whoever came up with the phrase “geology rocks” was a bit of a sadist, at least in my opinion; coaxing you into believing that staring at various lumps of granite is more interesting than it sounds. Still, one thing that stuck with me during that one year I studied college science – aside from all the super cool dinosaur stuff – was how the life of a star ends.

We all know what stars are – those tiny glowing balls of energy and matter you can see from your back garden, millions of light years away here on Earth. We look up at the night sky and think how beautiful they are. How very different from us mere mortals and our tiny lives.

But in reality, we’re not that dissimilar at all; stars are as alive as you and I. (Well okay, not exactly like you and I, but we’re made up of the same stuff – you see where I’m going here). And despite their putative eternal status, they don’t just stay up in the sky forever for us to stare at; they, too, must succumb to time and oblivion.

[Not to be a downer or anything, just jumping on the John Green bandwagon. Loved that movie: #YOLO etc.]

They die, just like us: a phenomenon known as a Supernova. The orb in question is pretty much sitting there in outer space, minding its own business, when suddenly BAM! its core collapses! Energy is released which shatters the star from the inside out, blowing it to smithereens, which are then flung into the surrounding area. And with a flash, something that was once so solid, so present, is gone forever.

To wind down a very rambling metaphor, that’s what graduating college has felt like for me. One big supernova. It’s been approximately 40 days since I moved back home, and I’m feeling very like Jesus in the wilderness. Since the moment I handed back my apartment keys, I have lost my roomie/confidante to emigration, returned to my job as popcorn scooper at the local cinema, and broken up with my boyfriend. In short, my life appears to have supernova-ed.

But it’s not a big deal, right? After all, nothing is set in stone (geddit?); life is a variable, not a constant. We change relationships, houses, countries; we change hairstyles and diets and cars. We tell ourselves that we’ll be fine, we can handle it. We’re creatures of habit and structure: just give us a plan and we’ll stick to it. Even if it isn’t what we really want.

Well, I don’t have a plan. Not anymore. A fact that is both liberating and terrifying with a capital T. Ever since I was four years of age there was always a plan – one which I generally had no say in: go to school every day (excepting holidays), go practically brain-dead after the Leaving Cert., and then go on to college. But now? Now I’m supposedly a grown-up and can decide grown-up stuff for myself.

I guess I do look like one; a grown-up that is. I mean, I rarely get ID’d anymore, and got called “ma’am” on the bus one day by the driver (WTF bus man – I’m only 23?).  I know I’ve apparently got one of those demeanours that makes me seem much older, but since I can’t yet pass for a pensioner and snag myself a free travel pass, I’m not feeling overly positive about my supposed ‘wise’ aura. Especially as it deceives others into thinking that I know what I want to do with my life. Here’s the truth: I don’t. And I still feel like a self-conscious teenage dirtbag, baby.

After all those years of doing what I was told, of doing what everyone else was doing, I’m at a complete and utter loss. For all the knowledge that college bestowed upon me (namely that one should always have a stapler handy), it never prepared me for ‘real life’; for that fork in the road with one signpost pointing the way to where you ‘should’ go, and other to where you secretly want to. For the moment when the panic, the fear, and the questions set in:

Who am I? What should I do? But more importantly: what do other people expect me to do?

In fact, nothing in my 23-year long plan has prepared me for the reality of being me. I’ve been told many times who I should be, a person who often seems very much at odds with who I feel I really am.

Because, to tell the truth: I’m a self-deprecating, pessimistic, procrastinating perfectionist who’s still trying to please everyone.

Welcome to my Quarter Life Supernova.

Who are you right now?

Who am I? Have you asked yourself this question before? Would you know how to answer it? Most of us forget this most basic question! The first time I asked this of myself I hadn’t a clue! I couldn’t answer it without just saying ‘Eh, em, hmm well I’m Paula.’

You are completely unique! You have a unique set of skills, life experience, passions, characteristics, traits, thoughts and emotions to anyone else in the world! For most of us, we have been raised in a culture and environment that is all about conformity. We have been well trained about what our particular peers deems a ‘right life’. We share common values with the people in our own social circle, things like having a stable job, finding a partner, having a family, having a pension, looking after our parents etc.

A lot of the time, these influences can direct our decisions and ultimately where we end up in life. We do certain things because we feel we ‘should’- we feel it would be expected. Bottom line, we put other people in control of our lives by allowing ourselves to go with the flow rather than being a big girl and self directing our lives. The reason why we don’t self direct is because we don’t know ourselves, we don’t trust ourselves, we second guess ourselves, have major self doubt and listen to that mind monkey in our head!

The result of this that one day, you realise that you just aren’t happy. You don’t know yourself and the life that you’re living just doesn’t seem to fit you. You are nowhere near where you thought you would be and it’s so scary! There’s nothing really majorly wrong but you just don’t feel joyous or happy at all, nothing is really right either.

On the other hand, if we have a strong sense of self and know who we are- we will self direct our own lives based on our own interests, based on our own passions and the things that we love to do and be. When you know who you are, making decisions is easy because you know what’s important to you. When you know who you are and live your life in accordance, life just flows and you are more confident, more self assured, feel more self worth and whole.

Being able to answer the question ‘Who Am I?’ truly is the first step in the finding happiness in your 20’s and 30’s. Everything else rests on this, as you’ll see!
About the Quarter-Life Coach
Paula Coogan, The Quarter-Life Coach, is an accredited Life and Executive Coach. She specialises in working with women in their 20’s and 30’s, and are asking themselves ‘Is this it?’
Paula’s open, warm and personal approach means that she is the perfect coach to work with through the Quarter-Life challenges you face. She offers a choice of coaching packages, all designed to help you discover who you are, what you want, why you want it and how you’re going to get it. www.myquarterlifecoach.com