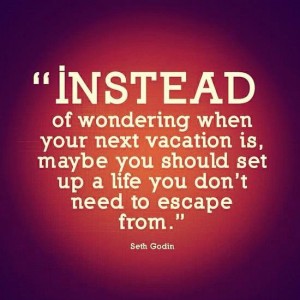 I don’t know about you but my ‘to-do’ list was never ever done. As soon as one job got ticked off the list; two more were added! It often got completely overwhelming, especially when I felt that everything was dependent on me– that I was the only one who could do the things on my list the ‘right way’!  I thought if I just work harder, smarter and faster; that someday, I would be on top of everything!’ Someday always seemed elusive so I decided I needed a bit of help!

A few weeks ago I enrolled myself in a time management workshop; between running a business full-time, meeting clients, organising a wedding, looking after a crazy puppy and spending time with family, I was struggling!. So a time management class seemed to be necessary, and it was!

Of course, it makes sense and it comes down to the basic principles of personal responsibility. I am responsible for my actions and I am responsible for what I choose to spend my time on. I cannot simply find time for anything, I have to make time and I can do that by managing my tasks, myself and other people with awareness. I can do it by being proactive rather than reactive.

I thought the whole workshop was quite intriguing because as a coach, I spend a lot of my time helping others manage this aspect of their life! ‘I can’t go after my dreams and do x,y,z because I don’t have the time’ is something I hear on a weekly if not daily basis and my immediate response to that is ‘Bullshit!’ (in a gentler way of course!) After taking clients through the coaching process, we can almost always free up a few hours each day which they can then commit to doing something they love and designing their life the want they want it to be. So, I can do it for others no bother but when it came to doing it for myself; I was completely blinkered! It’s difficult to be objective with your own life! This is why I always work with a coach!

So, I thought I’d share with you a few tips of what I learnt from the workshop!

Why are you doing what you’re doing?

First of all, you need to know why you’re doing all the things that you’re doing. What are you aiming for? What’s the purpose? Is your to –do list actually benefiting you or bringing you towards something that you actually want? Think of 5 areas in your life that are important to you and write them down. These are things that you want to improve or that are currently a main focus for you. For example, for me it would be:

These are all things that are important to me at that moment and that I want to be spending time on however at the time of doing the time management course; my business was taking in excess of 70 hours per week of my time and health and fitness was lucky if it got 2 hours per week. I wanted to spend more time with family and friends without looking at my watch every few minutes, thinking of all the work I need to get done!

So, all of these things were important to me, but they weren’t balanced at all! I had to start making smart decisions about my time and I adopted the 3D Strategy.

This is all about taking on the role of leader in your own life. Remember you’re in charge of your attitude and your actions!

Asking for help is a scary thought for many women. We’ve been raised and told that we can have it all and we can do it all– I personally don’t know anyone who has it all and does it all. The strongest women I know are able to ask for help, they are able to delegate and allow others to have responsibility and control. Ask for help not because you’re weak or incapable but because you’re strong and value yourself.

If colleagues always ask you to do them a ‘little favour’, it is within your rights to say no. If you take on extra work and are unhappy about it, take responsibility for it and decide not to do it again! If you do all the housework then delegate to your partner/ housemates or make an agreement to have everyone chip in and hire someone to help. Build up a support system for yourself!

Time is the only thing we can’t get more of so it is incredibly precious. You want to ensure that your time is spent doing the things that you love and that you want to do!

I hope you enjoyed this weeks issue of Progress and that you found it beneficial! I’d love to hear your stories/tips of what works for when you manage your time so get in touch on the facebook page!

Until next time, Do It, Delegate It or Dismiss It!